The European Court of Human Rights is an institution burdened by a heavy backlog. The Court does everything possible to issue substantive judgements to settle human rights issues raised by the applicants. Whether we like it or not, this is a time-consuming task and the human resources of the Court are limited. As a result, in certain cases judgements are delivered after a longer period of time. The Court wishes to resolve this problem by using the so-called friendly settlement of the parties, a tool that has been widely implemented in its procedures, in a new way.

The procedure before the Court is a litigation. Like in every other litigation, the parties are entitled to reach a settlement during the procedure. Theoretically, it can be initiated by either party, but in the vast majority of cases it is the Court who suggests to the parties to settle the case. In its motion the Court proposes a concrete compensation amount as well. If the parties accept it, they each sign a declaration. In one of them the state concerned acknowledges the human rights violation and undertakes to pay the compensation established. In the other the Applicant accepts the proposed sum and undertakes not to initiate another compensation procedure for the injustice suffered, since it has been remedied.

Such friendly settlements were used so far in routine cases in the Court’s practice. These were cases where the injustice, being the subject of the application, has already been dealt with by the Court, which issued a clear decision on the legal question. Concerning Hungary, such issues were the applications concerning the excessive length of civil proceedings where the Court established that it was a systemic problem.

In a new complaint, where the “only” new element is the applicant, there is no point in delivering a new formal decision, since it would not bring anything new. Since the violation is clear-cut and it is not disputed by the state, it is simpler to close the case with a settlement. The great advantage is that it shortens the procedure with 1-1.5 years, so the applicant can have his/her compensation earlier. At the first sight it may seem strange that the Court gives such a weight to aspects of judicial effectiveness. However, we have to understand that the Court pursues the practice of adjudication by principles and it is also tasked with providing theoretical guidance in human rights cases that goes beyond the actual complaint. If it spends too much time with cases containing already decided human rights issues, there is danger of not having sufficient time to address the new human rights challenges.

The new practice of the friendly settlement

In light of the above, it is not surprising that the Court announced at the end of last year that it wished to extend the range of cases closed with friendly settlements, initially for a trial period. The most important change is that from now on the Court will not only offer the settlement to the Parties in “routine” cases, but this will become the main rule: the Court will try to use it in almost every case. The parties will have 12 weeks to accept the friendly settlement and if they do not intend to do so, they will have another 12 weeks to put forward observations on the merits.

So far we do not have enough information as to the contents of the agreements, since the new practice has just been introduced and the Court’s letters, sent to the parties of such cases, are limited in content. They only say that the Parties are requested to make statements on the matter with the help of the Court’s Registry. Previously, agreements stated the acknowledgement of the infringement of rights and the obligation to pay a compensation for damages. Maybe the new procedure allows for more sophisticated outcomes, such as the abrogation of the infringing law or the actual discontinuation of the infringing situation, etc.

Exceptionally, the Court will not offer this option to the parties – especially when it is obvious that the application raises a new issue regarding which the Government will not accept condemnation without a fight.

The above practice will result in the acceleration of the proceedings and in less “meritorious” judgements. However, we have to underline that this does not affect the level of human rights protection itself, since the state concerned acknowledges the prejudice caused and it will pay compensation as well. In our view, the lack of a formal meritorious judgement will be more than compensated by the fact that our case ends much sooner. 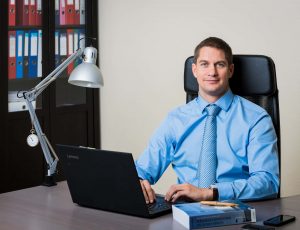